The Exotic Sounds of... Wally George?

Wally George (1931-2003), the self-proclaimed "father of combat TV," had opinions about almost everything. But I was surprised to find that he’d weighed in, frequently, on musical exotica of the Polynesian Pop variety.

Wally’s “Hot Seat” show, which began on Anaheim’s KDOC-TV in 1983, was clearly the direct ancestor of much of our current daytime television. Wally’s guests all clashed with him, and each episode became a melee of screamed insults and attempts to out-shout each other. His young studio audience chanted “Wah-lee!, Wah-lee!” in a way that would be very familiar to fans of Jerry Springer. Wally took an ultra-right-wing stance on everything, but he was much more focused on being contrarian and shocking (to the point of farce) than political. In his day, he was an iconic Southern California character.
There are a lot of curious things you can say about Wally. He had long hair but hated hippies. He wrote an episode of Bonanza. He appeared (as himself) in Nightmare on Elm Street 5. He was the father of actress Rebecca De Mornay. He died nearly broke, but Robert H. Schuller performed his funeral at the Crystal Cathedral.

But here’s another strange fact you didn’t know: Wally was a music critic for the Los Angeles Times in the 1950s and 1960s, and he clearly had an interest in South Seas-style exotica: the music of tiki. 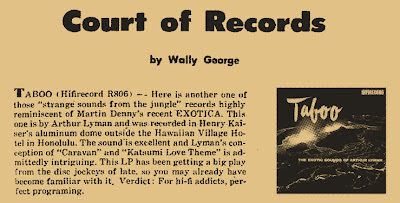 The following are some excerpts from his "Court of Records" column,…

Aug. 18, 1957: "EXOTICA -- This is Martin Denny and some strange sounds that are supposed to suggest the exotic, mysterious Orient. Oddly enough, they do just that. Not the Hong Kong bamboo sticks and cymbals type of musical cliché, but music that delights the ear with unusual effects, yet remains commercial enough to be commercial. Emerging from Honolulu's Hawaiian Village, Denny Statesided it to Las Vegas where his clicking sometimes became confused with the clicking of the silver dollars."

Dec. 1, 1957: "Several months ago, we reviewed an unusual Liberty LP by one Martin Denny and orchestra. Entitled EXOTICA, it was an excitingly different record soundwise and its sales have proved that thousands thought as we did. Now comes [EXOTICA II], in the same vein, a definitely exotic blend of music combinations suggesting Polynesian and Oriental influences... Les Baxter's orchestra on Capitol's PORTS OF PLEASURE takes an uneventful voyage to various Far East ports. Orchestration is, as always with Mr. B., clever and sprightly. However, the melodies themselves seem to be going nowhere."

Apr. 20, 1958: "TABOO -- Here is another one of those ‘strange sounds from the jungle’ records highly reminiscent of Martin Denny's recent EXOTICA. This one is by Arthur Lyman and was recorded in Henry Kaiser's aluminum dome outside the Hawaiian Village Hotel in Honolulu. The sound is excellent and Lyman's conception of 'Caravan' and 'Katsumi Love Theme' is admittedly intriguing. This LP has been getting big play from the disc jockeys of late, so you may already have become familiar with it.”

Sept. 14, 1958: "...We reviewed an LP entitled TABOO [from] Arthur Lyman. Now comes not one, but two, companion albums: HAWAIIAN SUNSETS and BWANA A. Both contain the same exiting mélange of sounds captured by Mr. Lyman in his initial waxing. The former has such fare as 'Hawaiian War Chant,' 'Sweet Leilani,' etc.; the latter, 'La Paloma,' 'Colonel Bogey's March,' etc. The Hawaiian album is enough to rekindle an island flame in the jaded. Verdict: A delicate journey into the exotic.” 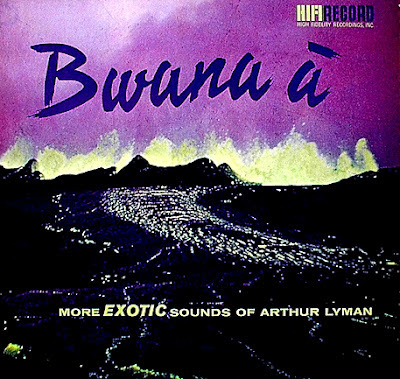 Sept. 6, 1959: "While the much heralded return of the big band has as yet failed to materialize, we do have in our midst another musical phenomenon -- exotic music. One of its top practitioners, Martin Denny, has come forth with another of his slick releases, QUIET VILLAGE. Although this is anything but a big band the six musicians on this LP manage to make as much noise as many larger orchestras. As with the six previous Denny efforts, the music has the charm of the islands, or perhaps, the call of the wild. Denny relies almost entirely on percussion instruments to create his illusions, and one of his helpers, August Colon, supplies bird calls. Unless our ears deceive us, Mr. Colon has been padding his part. This is not necessarily a criticism, just an observation; at times you get the feeling you're locked in a bird sanctuary..."

June 5, 1960: “EXOTIC SOUNDS FROM THE SILVER SCREEN --  Here is another outpouring of bird calls and the like from Martin Denny. This is up to his previous high standard, but up to last count this is his 10th LP. So enough, already."

Jan. 29, 1961: "Martin Denny, always a bit wild with weird sounds even on monaural discs, serves up a doubly tempting portion via stereo. His latest: EXOTIC PERCUSSION. This offers among other things--tuned Burmese gongs, piccolo xylophones and boo bams..." 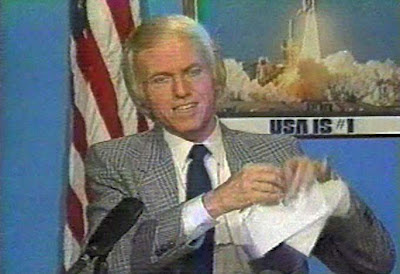 I don't know about you, but while reading this I kept waiting for Wally to preemptively call music fans who disagreed with him "creeps" and "jerks," and tell them to "go back to Russia." I'll stop writing now, before I get thrown off the stage.
Posted by Chris Jepsen at 9:49 PM