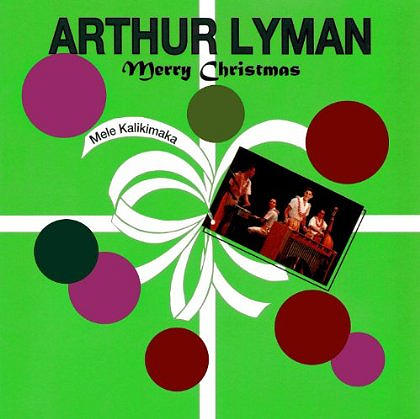 Does a holiday known for snow and ice mix well with white sands and palm trees? I believe it does. Christmastime is sneaking up on us again, and I've been filling up my MP3 player with tiki-appropriate holiday music. I've waded through a lot of junk to come up with a few gems, and I thought I'd share the best of what I found (so far) here on the blog.

Arthur Lyman's "Merry Christmas (Mele Kalikimaka)," from 1959, is a solid choice. Some tracks aren't quite as Exotica-infused as you'd expect, but others seem a perfect hybrid of Hawaii and the holidays. But you can never go too far wrong with Lyman at the helm. His take on "Winter Wonderland," may, in fact, be the best example of Christmas Exotica ever created. This album has also been re-released on CD as "With A Christmas Vibe," (with a fetching wahine on the cover,) but some find the re-editing on that version a little off-putting. I'd suggest sticking with versions of the album featuring the green (shown above) or silver "Christmas present" covers, which are essentially the original album without significant tinkering. 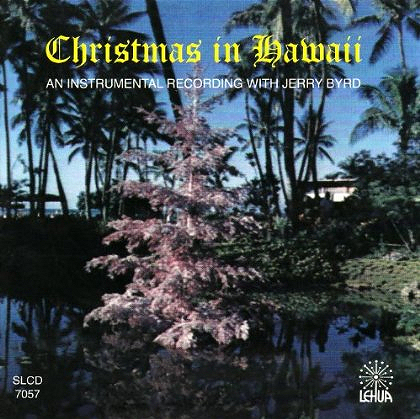 For straightforward hapa haole Christmas music, try Christmas In Hawaii by country music legend turned Hawaiian steel guitar revivalist Jerry Bird. (Some of you may already know Byrd from his take on the theme to "Adventures in Paradise.") This is fine instrumental background music, featuring holiday standards tasetefully rendered in ukulele, steel guitar, etc., along with a smattering of songs specifically written to evoke Christmas in the islands. I'm told this is a 2003 release, but it's pretty timeless.

Two specific tracks essential for your Tiki Christmas mix can be found on Christmas Cocktails, Part 2, which is part of the now-classic Ultra-Lounge series of compilations from Capitol Records. (Yes, the series was revived recently in the form of new digital downloads, but the new incarnation doesn't measure up.) Notably, Christmas Cocktails, Part 2 features "Christmas Island" by Bob Atcher and the Dinning Sisters (kitschy, but fun), and "Exotic Night," which was Martin Denny's take on the traditional "Greensleeves"/"What Child Is This?" -- complete with his usual orchestration style and semi-exotic instrumentation, but happily without his usual bird calls. It's not one of Denny's best, but it's probably mandatory for any self-respecting list of tiki-fied Christmas songs. 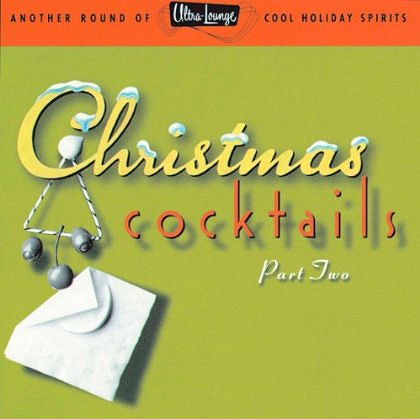 I'd also like to point out a few individual songs that fit in well with this mix. "We Four Kings," by the Blue Hawaiians (from their album Christmas on the Big Island) is a successful mashup of the carol "We Three Kings" with the Pyramids' instrumental surf-rock classic, "Penetration." In a similar retro surf rock vein is King of Hawaii's take on "Greensleeves" (from the album Mele Kalikimaka). Normally I'm not a big fan of mixing surf rock with tracks from the likes of Arthur Lyman and Martin Denny -- But I think these are two exceptions that work pretty well. But maybe that's just the eggnog talking.

And finally, what would a pseudo-Hawaiian-style Christmas be without Bing Crosby's classic version of "Mele Kalikimaka," from his Merry Christmas (now renamed White Christmas) album? Der Bingle has been making people dream about spending the holidays in paradise since 1945! 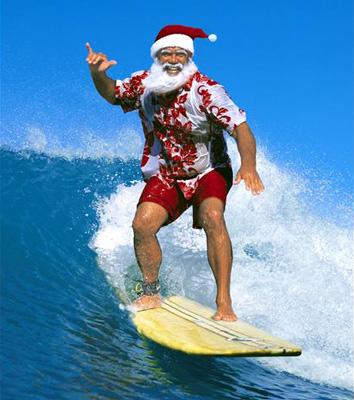 I hope this helps give you a jump start on your aloha holiday listening this year.
By the way, I'll probably be at the International Tiki Marketplace event at Don the Beachcombers' in Huntington Beach, California this Sunday, Dec. 2nd. It will run from 11am to 4pm, and there will be live entertainment and over 30 vendors of all things tiki. If you see me, stop me and say hello.
Posted by Chris Jepsen at 9:27 PM